A Spirituality of Justice

Contributed by: Trish Sandbach, Commission member and part of the Live Simply group at St Benedict's Garforth
Justice Spirituality brings with it an imperative to listen to the 'cry of the poor' but, equally, the 'cry of the Earth'

If human beings are to reach their full potential and flourish, it is necessary that they mirror their creator in whose image they are formed. Thus, we are called to be a people reflecting God’s loving justice.
Sadly, from the dawning of history, injustice has damaged human relationships thus hindering human development and well-being. As disciples of Christ, it is a fundamental responsibility to strive for justice
in all our relationships: with the whole of created life which Saint Francis recognised as our sisters and brothers.
The damage caused by relationships fractured through injustice and the harmony which is fruit of just relationships is especially evident in our interaction with the created order. 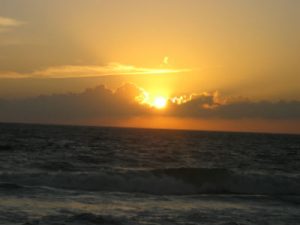 Whose heart does not sing when watching a glorious sunset or seeing the first snowdrops of spring? As many mystics, saints and theologians have noted, it is the beauty, diversity and wonder of the natural world which attracts and nurtures us. This necessarily depends upon our having a just relationship with the Earth, our common home, since all living things are connected and interdependent and are the work of our loving Creator. When all these are moving and dancing in harmony they reflect something of God.

All living things have their intrinsic rights and are valuable in themselves: when we deface or abuse them it is not merely a legal or environmental issue; it is a matter of injustice and therefore a moral one.

Pope Francis, because of a deep concern for the whole of God’s creation, addressed these matters in his recent encyclical, ‘Laudato Si.’ We are urged to listen to the cry of the poor and of the Earth
Depletion of resources, extinction of species, extremes of weather causing droughts, famine and floods are the visual signs of an unjust disregard for the intrinsic rights of the fauna and flora of the Earth. The rape of our Planet and its resources, organic and inorganic, is destroying not only our relationships with the Earth but also those between individuals, corporations and communities, which result in an ever deepening disconnect between rich and poor. Our global distress and pain finds all their roots in the unjust relationships between human beings and the created order.

The unjust distribution of the world’s resources, which is creating an increasing number of people in poverty, is significantly augmented by climate change for which they are not responsible. Overconsumption and greed destroy the essential elements of land and sea on which they depend for survival.

A spirituality of justice demands an “ecological conversion”, involving transformation, repentance: reflection and prayer, both individually and in community. Being counter-cultural in a consumerist society needs companionship, and the development of the virtues of gratitude and “enoughness”. It is only by adopting just attitudes and relationships that we can safeguard our planet and give hope to future generations.

Justice is love in action and we are called by Jesus to love one another. It is an inalienable part of a truly Christian spirituality.

» A walk in the Woods