Contributed by: John Battle, Commission Chair
We need a different economic narrative as we come out of the pandemic, according to Pope Francis

In a recent video message to a forum of young people in Assisi, Pope Francis said the worst reaction to the Coronavirus crisis would be to “fall even more deeply into feverish consumerism and forms of selfish self-protection “. He called instead for the world’s poor to be involved in creating a “different economic narrative” as economies emerge from the pandemic.

Professor Robert Dingwall in the Nottingham epicentre argues that pandemic policy was driven by “a hierarchy of well- paid professionals working from home” making rules for working class people who have to go out and face the actual risks of Covid19 infection. He writes ” Groceries and other supplies can be delivered to middle class doors while the people behind them wait for the infection rate to fall to a level where they themselves feel it is safe to go out”.
Meanwhile “many of the people designated as ‘essential workers’ who have to continue working through lockdown are amongst the lowest paid. They work in factories, care homes, warehouses, fields and packaging plants and are forced to adhere to patrician policies”. His claim is that “science has forgotten society”. It can be argued that so has economic thinking.

Even before Covid19 struck “in work” poverty had developed as a key characteristic of the UK economy. The number working in the insecure “gig economy” doubled to 2.8 million between 2016-2019; a million people were on zero hours contracts, a further million were agency workers. At the outbreak of Covid19 3.6 million people in the UK (one worker in nine) was in insecure work and low wages.

Today 2 million people earn less than £120 a week and the £98.50 weekly sick pay is the lowest in the OECD. Those moving from being “furloughed” to unemployment find themselves in the welfare system of Universal Credit support and usually suffer a shocking reduction in their monthly income. And this is because the former Chancellor Osborne’s “austerity budgets” mean cuts to the welfare system that are still baked into the national economy. 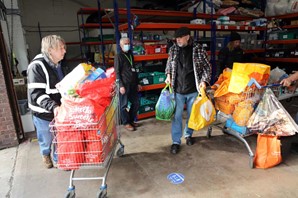 With the economic outlook worsening a further 6 million households are expected to become reliant on benefits. The net result is child poverty levels rising to 3.5 million children according to government measurements as Joseph Rowntree Trust reports are regularly spelling out. Little wonder that foodbanks are becoming “essential ” and overwhelmed.

Some not least right leaning influential “think tanks” and media are reviving the old tropes of poverty as a “product of life style”. They reintroduce “the need to reduce wages” (including cancelling the statutory minimum wage renamed ‘living wage’ until recently), the need to stress “jobs and work as the cure to moral deficiencies “and the “way out of poverty” (regardless of income) and the old blame questions return.

All this illustrates is that it is evident that there are too many people who have no idea how complex poverty is. 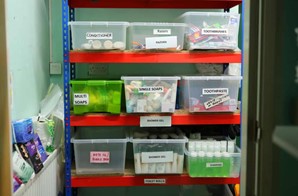 There are well developed multi-dimensional definitions of poverty in our society and it is certainly not caused by parents blowing their money, whether wages or benefits, on “inessentials”. Poverty is less the product of individual life choices and overwhelmingly the inevitable consequence of deficient economic and social arrangements that shape all our lives and not the least low wages, low incomes, unemployment and illnesses.

Moreover, poverty is the consequence of political choices and decisions. Rather than reverting to outdated “shaming” tropes there or a real need to focus more intently on complex root causes.

Is there a specifically Christian approach to poverty in the tradition of the Scriptures and light of the Gospel? Pope Francis insists that we take poverty more seriously; “poverty is real not a faceless statistic… poverty has a face. It 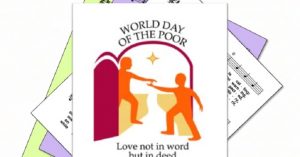 has the face of a child. It has the face of a family. It has the face of people young and old… Without faces and stories human lives become statistics and we run the risk of bureaucratising the sufferings of others”.
He stresses that there is a danger of discussing “hunger”, “food”, “without reference to the real people knocking at our door today”. Moreover Pope Francis suggests that the first step in fighting poverty is to “de- naturalise” it and shed light on the causes;” a selfish and wrong distribution of resources” -as well as the “abuse and exploitation of the earth”.

The Covid19 crisis is a challenge point of “no return” throwing into disarray crude beliefs in progress as “growth through individual accumulation, higher income and consumption”. Breaking through is a glimpse of a vision of sharing resources that must be addressed in each generation.

Questions of poverty cannot be disconnected from issues of wealth, scarcity in the midst of plenty & sufficiency and the need to address repairing broken relationships. As tax evaders and avoiders shift the sharing burden onto the backs of the poor, proposals for a “universal basic income” (mentioned as an option by Pope Francis at the 2020 UN General Session) are gaining traction nationally and internationally, perhaps thanks to the Coronavirus!

« A Reflection on Creation » The Food bank